Choose a free learning path and get valuable insights from first-rate courses
Find Your Path!

C++ Array: How to Use Arrays

TL;DR – C++ has four different data types – int, float, char, and string data. C++ array allows you to have a collection elements in one of these data types.

An array is a collection of homogenous data or variables. This means you can store a lot of typical data under the same name with an array. C++ arrays are often used to organize and track data.

Note: an array that contains other arrays is called a multidimensional array.

Let’s look at how arrays work by breaking down the syntax.

To create an array, you should state its name, data type, and the number of designated elements within square brackets:

Theory is great, but we recommend digging deeper! 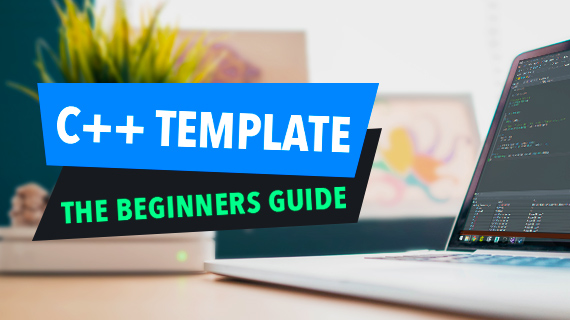 How to Use Templates in C++: the Beginners Guide

Let's review all the syntax elements to get a better understanding:

You can also add value to each element individually by defining the element’s index within square brackets and typing the value after an equal sign:

Note: keep in mind that the value should not be greater than the number of total elements within an array.

You can access the value of an array by specifying the array name and the element’s index within square brackets:

The array_name is the name of the array you’re about to access, and the index corresponds to the location of the elements. You can use the code for both retrieving and storing data within the element.

Let’s say you want to keep track of a soccer team’s score for five consecutive matches. You have to create five elements of an integer array.

To create an array named soccer_score, which has five integer elements, the code would look like this:

Start creating you project by using the array and inputting the code. You can directly assign particular values for the array’s elements.

For example, if the team scored 3 points for the first and second matches, then scored 2 for the third match and got 4 points for the last two matches, you will have {3,3,2,4,4} as the values for the array:

You can also input the values one by one, like this (although the above method is a time-saver):

After adding values to the elements, we can check a particular element’s value by using the cout function. Then, specify the array’s name and elements within square brackets between an insertion operator and close it with endl.

For instance, to see the third element’s value, you should point out the index of 2:

After you press ENTER, you can see the result in the console tab. In this case, the value of the third element (third soccer match) should be 2.

and get awesome deals & the newest tutorials to your email

Inserting New Node at the End of C++ Linked List

Time() Function and the Random Number Generator in C++