Kanye West Will Not Do NFTs, Focuses on 'Real Products in the Real World' 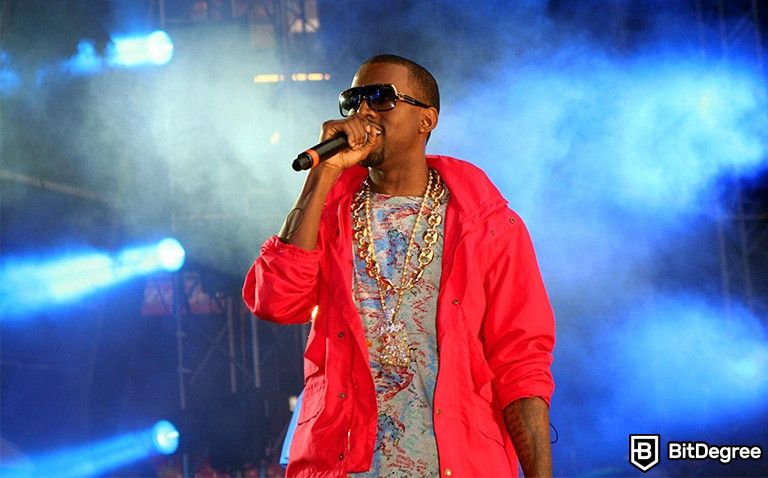 The infamous rapper posted a strong statement on Instagram amidst a wave of celebrities getting involved in NFTs.

As more and more celebrities share their crypto investments and NFT collections, rapper Kanye West is standing firmly against the current.

On Monday, January 31, West posted an image on his Instagram account, telling people to stop asking him to “do a f*cking NFT.” The photo of the handwritten text went on to say that his focus was on “building real products in the real world,” like food, clothes, and shelter. 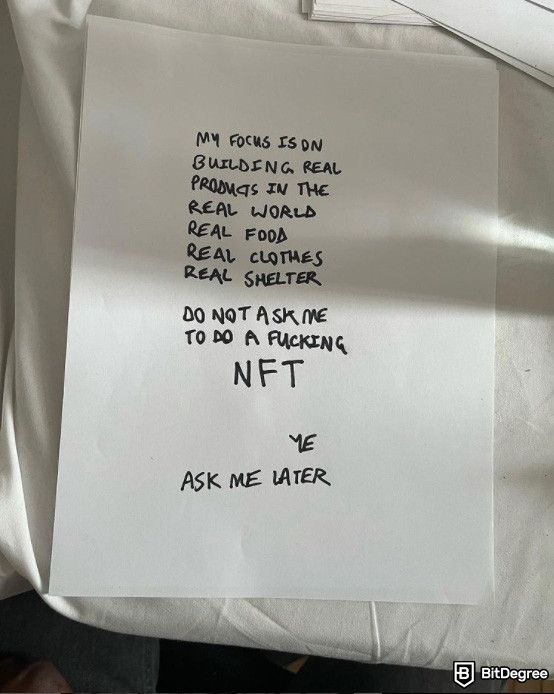 The caption of the post echoed the sentiment, stating:

The high-profile billionaire stands out of the ever-increasing list of celebrities investing in crypto and NFTs, including names like Justin Bieber, Paris Hilton, and even West’s ex-wife Kim Kardashian.

West, who has his shoe and clothing line, was likely alluding to his business ventures as "real products." According to Forbes, West has around $300,000 worth of livestock and $21 million in real estate, while his brand Yeezy is worth around $3 billion.

Some have pointed out the vague phrasing of “Ask me later” at the end of the note. Nevertheless, for now, Kanye West appears to be strictly anti-NFT.