Metaverse projects have seen multiple large investments from major VC firms and crypto companies in the past few months, with Binance Labs spearheading the emerging industry by supporting blockchain startups.

Binance announced its investment in StarryNift and its upcoming metaverse space that will presumably grow the Binance Smart Chain ecosystem. Even more so, the investment was said to enlarge the development team of Starrynift, enabling the developers to create "GameFI and SocialFi features." 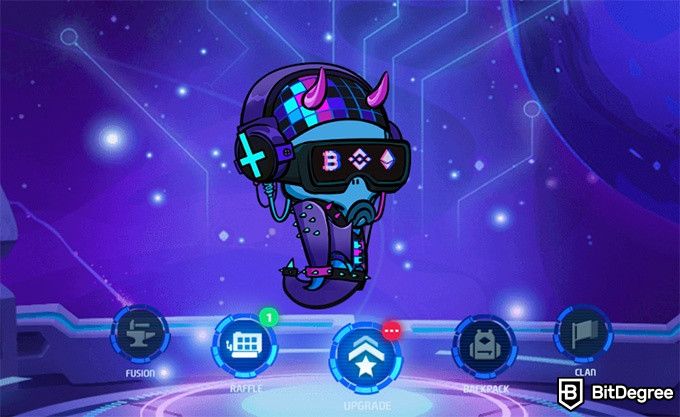 StarryNift aims to be a community-driven platform that rewards players with digital collectibles so there will be value in playing any sort of "game mode" per se.  It will essentially be a conglomerate of various P2E features including play-to-earn, collect-to-earn, create-to-earn, and stake-to-earn modes.

According to the Head of Binance Labs Bill Chin, he thinks that the Starrynift project has a bright future ahead, and is excited to see what the team has to offer:

"The team started by launching GameFi products, eventually, it aims to create a fully encompassing Web 3.0 metaverse. Binance Labs is looking forward to supporting the inclusive gamified 3D metaverse with DAO that StarryNift will be building with the other gaming projects in the space."

While the platform is still in the works, the StarryNift team has already launched the first Season of its Tournament game mode where players can compete with each other for BUSD. Likewise, the developers have also implemented two other game modes: NFT Battle and Land Occupation.

Martha Zhanga, who is the CEO and co-founder of StarryNift, talked about the support received by Binance Labs, stating:

"StarryNift firmly believes that the user is the co-builder of the entire metaverse, and wishes to construct a metaverse where every player can generate creative content, making the players the real dominators of the metaverse development. We are glad that Binance Labs sympathizes with our team and decided to make the strategic investment."

The creative platform is said to launch its own NFT marketplace and tokenomics sometime in the first quarter of 2022. In fact, StarryNift has already enabled its 3D gallery where players can enter the metaverse through a VR set, mobile phone, or computer.

Not only that, participants will be able to trade their NFTs on the platform without going through any other middleman digital assets platforms.