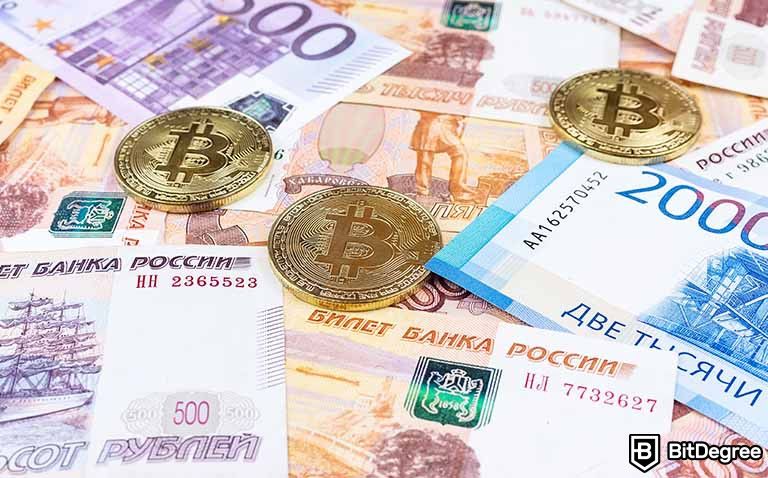 One of the most sanctioned countries in the world aims to use the digital ruble for international settlements.

Russia is reportedly planning to use its CBDC for international trading settlements.

According to the news report shared by Reuters, after launching its central bank digital currency (CBDC), also known as the digital ruble, the country will aim to use it for “mutual settlements with China.”

Head of the finance committee in Russia’s lower house of parliament Anatoly Aksakov, when talking with a parliamentary newspaper, said:

The topic of digital financial assets, the digital rouble and cryptocurrencies is currently intensifying in society, as Western countries are imposing sanctions and creating problems for bank transfers, including in international settlements.

The head of the financial committee hopes that the digital ruble and successful collaboration with China would result in other countries aiming to use their CBDC, which would eventually end “America’s control over the global financial system.”

Based on the monetary policy update published by the Bank of Russia, the country will aim to connect banks and credit institutions to the digital ruble in 2024.

Russia’s government has been going back and forth regarding cryptocurrency legislation. However, since May, the government started speaking louder about crypto payment legalization. At that time, The Minister of Industry and Trade Denis Manturov noted that it will happen “sooner or later.”

At the beginning of September, the Central Bank of Russia agreed that cryptocurrency is a solution for various international payments as Western countries are imposing more and more sanctions.

It is worth noting that The United States Department of the Treasury added 22 individuals and two entities connected to the Russian invasion of Ukraine to its Specially Designated Nationals list.