Investment Bank JPMorgan to Test Its Blockchain for Collateral Settlement 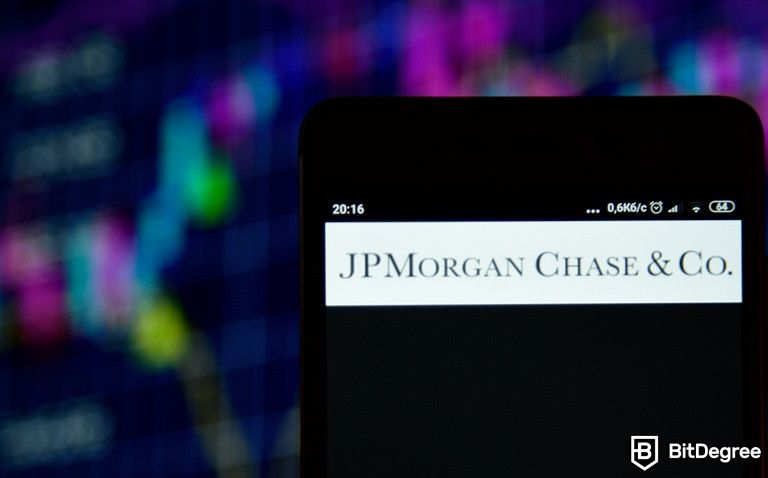 The blockchain might potentially act as a link between decentralized finance (DeFi) protocols.

JPMorgan Chase & Co, an American multinational investment bank and financial services holding company located in New York, stated that it would use its own blockchain for collateral settlements.

A week ago, two of the bank's businesses transferred the token representation of BlackRock money market fund shares as collateral. “The effort will allow investors to pledge a wider range of assets as collateral and use them outside of market operating hours,” according to the official statement released on May 26.

Managing Director at JPMorgan Chase & Co Ben Challice expanded on the vision for its private blockchain, stating that what they have “achieved is the friction-less transfer of collateral assets on an instantaneous basis.”

The investment bank suggested that it will eventually allow its traders to submit a number of assets as collateral that may be utilized beyond the usual market hours.

On top of that, despite the fact that BlackRock, one of the world's leading providers of investment, advisory, and risk management solutions, was not a counterparty, they have been substantially involved since "Day One", and are investigating the usage of such a technology.

Throughout the years, JPMorgan has supported blockchain technology and digital assets. Tyrone Lobban, the head of JPMorgan’s Blockchain Launch and Onyx Digital Assets, believes that the company’s blockchain might serve as a gateway that will allow institutional investors and DeFi platforms in the crypto market to connect in the near future.

In the midst of the crypto industry’s exponential development, he implies that “there will be a growing set of financial activities that happen on the public blockchain, so we want to make sure that we are able to not only support that but also be ready to provide related-services.”

In other news, back in March, JPMorgan announced that it would invest in a blockchain intelligence platform TRM Labs to ensure security and prevent any instances of malicious activity on the blockchain.

On top of that, the multinational investment bank revealed some statistics and implied that Bitcoin’s (BTC) fair price is higher by 28% than its current level of roughly $29,500 and currently sits at $38,000.