Bright future is ahead of you.

This Git cheat sheet includes information necessary for managing and updating your projects.

When using Git for your projects, it is best to set certain rules and limitations for managing your work. Here are a few best practices of Git that you and your contributors should follow:

The Life Cycle of Git Files 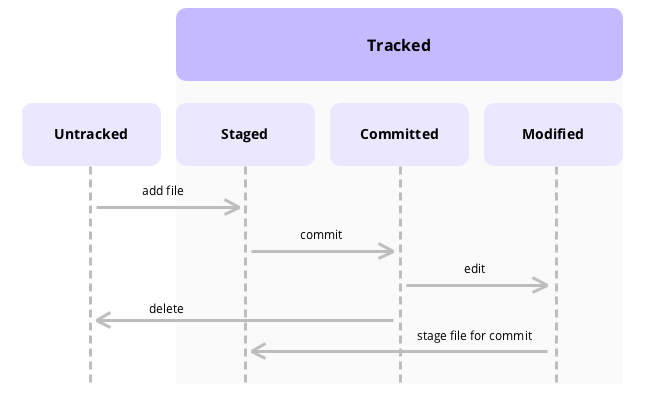 When working with Git repositories, you will add, delete, and edit files (with init, add and commit commands).

You need to learn that files in your working directory can be either tracked or untracked. Here is an explanation of how does Git files work:

In general, Git sees the files you edit as modified. It is standard that you stage the modified files and then commit the changes you have made.

Here is a short explanation of each state:

The Git version control consists of making snapshots of projects. In other words, version control keeps track of all your changes and allows reverting in case the changes bring issues.

How Git Works: Step by Step

To describe this Git workflow cheat sheet in a more terms-filled manner, it would look like this:

Certificate Included
900h of content
For beginners
Check it out
2,357 students
Previous Topic Next Topic