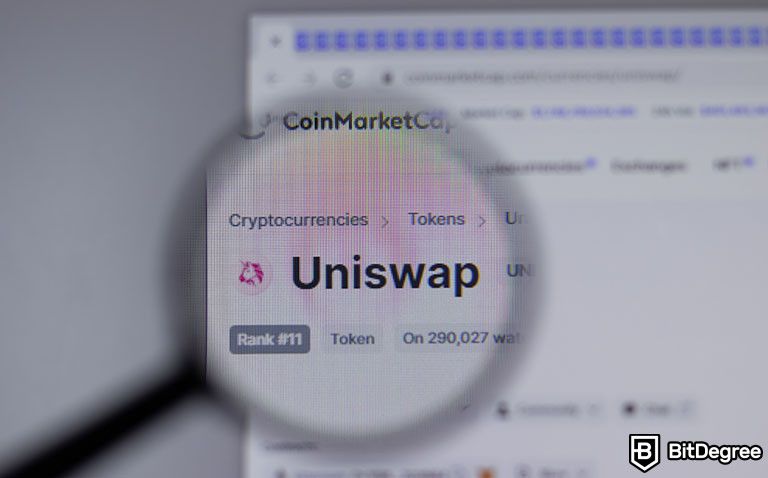 After receiving Series B funding, Uniswap Labs is reportedly worth $1.66 billion.

Uniswap Labs, a decentralized cryptocurrency exchange (DEX) established in 2018 by Hayden Adams, has raised $165 million in Series B funding.

According to the blog post shared by Uniswap Labs founder Hayden Adams, the funding was led by Polychain Capital and longtime investors Paradigm, Variant, a16z crypto, and SV Angel.

After receiving Series B funding, Uniswap Labs is said to be valued at $1.66 billion.

The collected funds will be used for Uniswap’s web app and developer tools, its move to mobile, and new NFT releases. Based on the blog post, the funding will allow bringing Uniswap Protocol’s simple and secure services to people across the globe.

When I built the Uniswap Protocol in 2018, it was an experiment to see if I could create something that fully embodied the values of Ethereum: transparent, secure, and accessible. Since then, it has grown and evolved in ways I never imagined. It’s supported $1.2 trillion in trading volume to date and has become critical public infrastructure for exchanging digital value.

In its blog post, Hayden Adams noted that the Uniswap Labs governance community has recently voted to create Uniswap Foundation. Adams highlighted that the Foundation will contribute towards “Protocol’s decentralized development and give at least $60 million in grants to community projects.”

In late June, Uniswap Labs announced the acquisition of non-fungible token (NFT) marketplace aggregator Genie. At the time of the announcement, Uniswap Labs stated that this acquisition allows the company to expand its products to include both ERC-20s and NFTs.