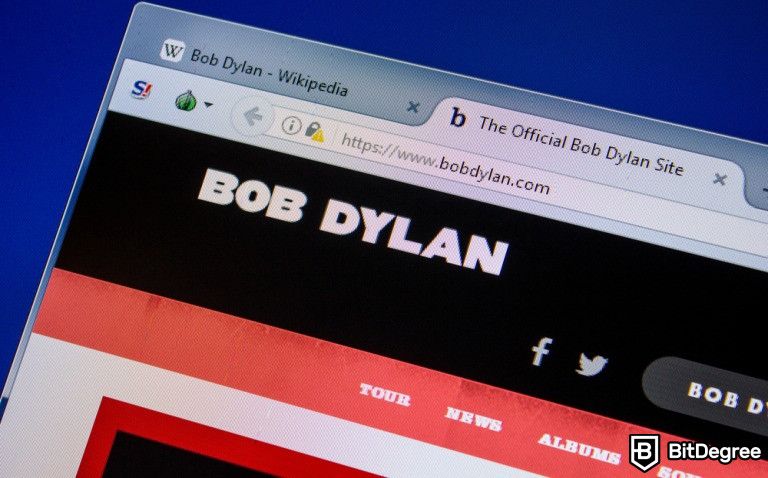 The two largest music corporations in the world will be launching their own NFT platform to release digital assets for several musical icons.

NFTs have grabbed the attention of corporations ever since celebrities started dabbling in virtual assets by purchasing expensive collectibles or selling their own NFT sets for millions of dollars.

According to the announcement by EINNews, Universal Music Group and Sony Music Entertainment, which are homes for world-renowned musical artists, will be putting out their NFT collection on the Snowcrash NFT platform.

Snowcrash is a Solana-based environment for artists who want to digitize and put out their work as collectibles, which are later sold as limited edition NFTs. Interestingly enough, the co-founder of the platform Jesse Dylan is the son of Bob Dylan.

More than that, knowing that the platform works with intellectual property, Jesse Dylan most likely acquired the name Snowcrash from Neal Stevenson and his futuristic novel of the same name, where the term metaverse was used for the first time.

Walter De Brouwer, who is the blockchain architect of the Snowcrash NFT marketplace, spoke on the project, stating:

"With Snowcrash, we have found a perfect opportunity where the entertainment community, Silicon Valley and Wall Street all come together to create opportunities for artists and organizations impacting the world today."

The co-founder of Snowcrash Jesse Dylan chimed in with his own insight into the matter, highlighting the impact NFTs can bring to support non-profit and other organizations with a cause.

Michael Nash, who is EVP in Digital Strategy at Universal Music Group, spoke on the company’s motivation working with the Snowcrash NFT marketplace:

"A critical part of UMG’s strategy in this space is to develop artist-focused, premium campaigns and fan-oriented collectibles with world-class partners, which will enable our artists and labels to advance their cultural influence at the forefront of innovation."

According to the post, Snowcrash will launch its first batch of NFTs with music legends Bob Dylan and Miles Davis sometime this year. In fact, SME and UMG have spent $550M to purchase Bob Dylan’s music rights, with several separate acquisitions made over the past few years, in order to convert their work into digital assets.

Jesse Dylan has been in the creative environment for a while now and has built his own global agency Wondros that attempts to empower artists via developmental strategies.

While the Universal Music Group has only recently involved itself in the digital asset market, SME has previously worked with Eminem to invest in a startup NFT marketplace.

However, Warner Music Group had multiple partnerships with the crypto industry over the past few months. WMG’s latest deal was with the development team of the P2E blockchain game Splinterlands to create musical artist-inspired games.