Get to know the networking fundamentals in-depth and put the knowledge to practice by working on your own projects!

In its essence, computer networking means establishing a connection between multiple computers that allows sending and receiving data nodes in the network. To become an expert, you first need to understand networking basics: how to design and build the network. However, that’s not the end of it: you also need to know how to use and manage it on a daily basis.

One of the most popular networking examples is using the Internet, which allows you to share information with people all around the world. You can also set up a local area network with shared resources – it is a practice rather common in offices, as it’s convenient for everyone to be able to access the same scanner, printer, or keep their files in the same server.

Why choose this course to learn networking

In this networking basics course, I’m going to share what I have learned during my Bachelor and Master of Technology studies and over eight years of work. As of now, I am an L3 Protocol developer at Juniper Networks, Inc. If you’re not familiar with the name, it’s a computer networking giant working with thousands of enterprises, educational organizations, and service providers, as well as federal, state, and local government agencies in seventy countries.

I have prepared thirty-three comprehensive lessons that add up to five hours of material. While networking fundamentals are a somewhat theoretical subject, I have included assignments and projects for you to be able to practice what you learn straight away.

To make sure you fully get the networking basics, I strongly advise you to write your own code when watching me. Hence, it would be great if you were familiar with the C programming language before taking this course. It’s a middle-level language that is commonly used in networking development, so you should learn it if you plan to work in the industry.

What networking concepts will be discussed

We will start networking fundamentals by learning by setting up the Linux development environment and understanding the Open Systems Interconnection (OSI) model. In its essence, it’s a layout that consists of seven distinct layers and defines the communication used by a computing system. I will make sure to explain what each of them represents. Then, we will move to data encapsulation and decapsulation.

In the following lectures, you will learn all about the multinode topology on a single machine. I will go all the networking basics, starting for the topology setup and finishing with practical sessions where you’ll be able to put the theory to practice. Next, we will discuss subnetting, broadcast addresses, routing, and other crucial networking concepts.

After you finish my course, you will have a firm grasp of networking basics. It can be a valuable addition to any software developing studies, or a great first step for someone thinking of choosing a career in computer networking. As a seasoned professional in the field, I can assure you the possibilities after you learn networking are endless, and the demand for experts is ever-growing. Will you join us? 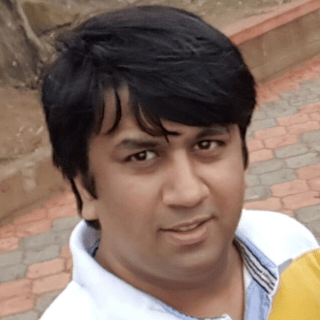 Abhishek Sagar has been engaged with coding and software for more than 8 years. He's an L3 Protocol developer at Juniper. His rich working experience is backed by graduation from IIT Bombay as an MTech specialist. Abhishek is restless for more in-depth knowledge himself, always working out the ways to integrate what he knows in practical ways. No surprise that he’s been able to accumulate a great deal of tech-wisdom. The good news is that he’s also happy to train and encourage people on BitDegree – the next-gen education platform.

Probably, the strongest Abhishek Sagar’s side is his proficiency in Linux network development field. You can use the opportunity to get familiar and confident with Linux taking his courses on BitDegree. You’ll strengthen the networking concepts and fundamentals in a very practical way. You’ll complete assignments and work on a project where you’ll use all the theory provided by Abhishek. His chosen teaching methods will make sure you build a proper understanding and that you’ll get all the questions explained.

Abhishek Sagar is your #1 point of reference when it comes to Linux system programming. Let him take the privilege to guide you and bring useful additions to your resume!