So, you have an Android device with several pre-built apps, downloaded apps, and a cache of deleted apps. You are wondering how complex it must be to build an app of your choice. You’ve downloaded Android Studio but everything seems hazy. Stop for a moment! Breathe! Now, take a look at how to make an Android app with this tutorial.

There are billions of Android users in the world. Be a part of the Android developers with stunning Android apps on the Google Play store! This Android app development course for beginners will take you through the journey of downloading Android Studio, to developing amazing apps that could potentially be used by billions of users around the world.

Who Can Take This Course?

Why learn Android app development online? With the global population of android users, impressive Apps are always downloaded and updated several times daily. This tutorial is your one-stop destination for becoming a paid professional in the mobile industry. Upon completion of this Android app development course for beginners, you will be comfortable to apply for the role of a junior android developer or you can simply build your ideal app and submit it to the Google Play store.

Android N is a complete course that teaches you how to make an Android app within 6 weeks. It covers contents like installing Android Studio with SDK and IntelliJ, Layouts including Constraints, Fit/Flab, Object-oriented programming, Grids and Lists with Recycler view, Web Requests and REST on Android, and Building a Chat App with Firebase. How to make an app tutorial will teach you the basics of Android, creating an app in Java, Fit or Flab, Object-oriented programming, Grids, and Lists with recycler view, and so much more:

This course on how to make an android app comes with Live help. You will get access to Devslopes chatroom where the teachers, guiding tutors and other developers are always online to answer all your questions.

Section 3: Learn to code in Java 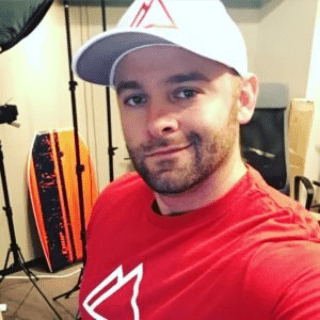 90.6% of students rated this instructor as excellent!

Mark Price is known as a veteran mobile developer. He has built more than 60 mobile apps for Android and iOS. Also, he is teaching Unity 3D game development, JavaScript, Java, Node, Android iOS 10, Swift, React, and more. Through the years, Mark has made a lot of Unity 3D games like Call of Duty Ghost mobile and others.

Mark loves teaching. That’s why he is spending a lot of his time working as a professional engineering instructor. He is passionate about helping people reveal hidden talents so he teaches all who want to learn programming or begin a startup.

Moreover, Mark Price is the CEO of Devslopes that is dedicated to teaching coding skills to aspiring developers. Devslopes offers courses, quizzes, and exercises for beginners who want to become paid professionals.

On BitDegree, you have a chance to choose from various Mark Price’s courses. You can learn how to develop a game, app or website, improve your coding skills and much more. So look no further, choose a course and start learning with Mark Price today!