How to Use GIT Commands: GIT Crash Course

Learn the main GIT commands (with examples) and get the skills using version control system. Learn how to use GIT quickly!

Have you ever been in a situation when somebody from your team overwrites your changes? Have you ever lost a previous version of your code that required months of your efforts? Or have you ever overwritten your own code? We’ve all had moments like that, and they’re genuinely no fun. You need something to help you avoid such experiences at work so that your team environment does not get disturbed. Have you tried my GIT commands tutorial yet?

Who uses GIT commands and why?

For starters, what is GIT? What are GIT commands for? Very generally, a version control system like GIT is needed to ensure there are no code conflicts between different developers working on a task. It provides the opportunity to revert and go back to older versions of code when projects change often. And when you run several projects in parallel, they usually share the same codebase, so that’s when the GIT branch concept is essential.

GIT is the most widely used version control system on the planet. On Siftery, 1,800+ companies have confirmed using GIT, including the top names as Apple, Microsoft, Amazon, LinkedIn, Facebook, Yahoo, and many, many others. Compared to many alternatives, with GIT, committing new changes, operations like branching, merging or comparing past versions of the code are optimized for impressive performance characteristics. When you decide to go through that GIT for dummies stage and get used to GIT commands, you’ll see the benefit of it when you work with any DevOps tool, e.g., JIRA, Jenkins, etc.

The scope of this GIT crash course

In this course, we’ll be using BitBucket repository to learn how to use GIT and practice working on GIT commands with examples. You don’t need to have a BitBucket account in advance – remember, GIT for dummies means we’ll leave no step unsupervised. We’ll go through the registration and login processes at the beginning, so you don’t feel any stress or being left out. After configuring your account, you’ll work on setting up remote GIT repositories. That’s what you’re going to do daily if you really use GIT at your work and other cooperations. Creating users and groups, cloning remote repositories will also be everyday tasks, so we’ll start with these in Section 2 of this GIT commands tutorial.

This GIT crash course is structured in a way that you quickly learn GIT commands with examples. Section 3 will focus on working with files: how to create status and alias; how to add new files to local repositories; what do you need to do to commit a change; pushing a file to a remote repository and pulling a file from it. Of course, file management will be something you’re more or less familiar with. When working with GIT, probably a more specific field that you’ll need to dive in will be branching and merging. So you’ll study and practice things like how to create and switch GIT branch, merge the branch to master, and other necessary commands. In other words, you’ll get all the basics you need to turn GIT into a useful daily tool.

If you learn how to use GIT and become confident with GIT commands, you simply get the skills that you’ll be able to use across a wide variety of fields and tasks. Because of the distributed GIT’s nature and advanced branching system, you’ll be able to implement an almost infinite number of workflows. So, get from the basic “what is GIT?” to mastering this tool in this GIT crash course!

Section 4: Next Step on Files

Section 5: Branching and Merging with GIT 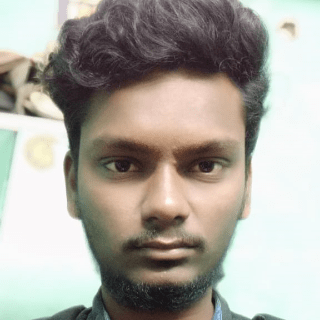 This is Aravindhan. For the past 5 + years, we train and educate Students and experienced professionals Online through various medium. We have professional trainers who work in each technology we teach with best experience. We cover technologies such as Programming, Web designing and development, Android app development and many more. We believe in win-win policy and join us to learn what you want and what we know.