A Complete Blockchain Tutorial for the Early Experts

Learn Blockchain in-depth and get the skills to develop your own ecosystems in this detailed Blockchain tutorial.

If you still lack a solid understanding of what Blockchain is, or if you want to start a career in the still-new industry, you need a proper Blockchain tutorial to begin with. Absorbing the content of this Blockchain course, you’ll know how Blockchain is used in different industries, understand its architecture in-depth, and learn the process of designing a Blockchain solution. No more procrastination – let’s get down to business now and learn Blockchain in a professional way!

Why do you need this Blockchain tutorial?

There’s a lot of confusion in the world in terms of Blockchain and cryptocurrencies. When I was visiting college students and asked if they knew what Blockchain was, very few raised their hands. And almost everyone knew Bitcoin! The simplest explanation of the two that I like and use often is this: Blockchain is the tech, and Bitcoin is one of the earliest manifestations of its potential.

So, with this Blockchain tutorial, one of my primary goals is to destroy this confusion and provide you with clarity in this subject using the simplest terms. Those who struggle with understanding Blockchain, think of it as a digitalized ledger of all records and transactions, which is given to keep for everyone in the network. If there’s some smart-ass guy who wants to cheat on the system, he will first need to get more than half of the network users to agree to his idea. That is highly impossible, and that makes the technology an excellent solution for many problems in different fields. And! When you know the technology inside out, and you’re able to build those solutions, you’re highly in demand in the growing Blockchain specialists’ market.

What are you going to learn in this Blockchain tutorial?

There’ll be quite a bit of interactiveness in this Blockchain course, including quizzes in the modules. They’ll help you to learn Blockchain on a deeper level. I’ll provide plenty of real-world examples and explain Blockchain’s potential using simple analogies.

By the end of this course, you’ll know how you can utilize Blockchain in different industries and become a sought-after professional if you’re taking your learning serious. Here are the main topics we’re going to discuss and practice for understanding Blockchain in this nearly six hours’ course:

Get the skills to create your own Blockchain ecosystem

This Blockchain tutorial is for anyone who wants to learn Blockchain and use its vast potential in their projects. The technology is growing, with just a tiny fraction of its potential being implemented in the real world, so get the skills before the great eruption of Blockchain application in multiple industries! Be among the earliest Blockchain experts.

17:29
Benefits of Blockchain over Traditional Technologies
11:11
Bitcoin vs Blockchain
06:18

Section 5: Working of a Blockchain Transaction

Section 9: Forming your own Blockchain Solution

19:22
Why do Industries need to adopt Blockchain?
12:00
Industry Challenges with Blockchain
07:22

Section 14: Blockchain taking over the world

Section 15: Blockchain Use Cases in Finance

Section 16: Blockchain Use Cases in Healthcare

Section 17: Blockchain Use Cases in Media and Entertainment 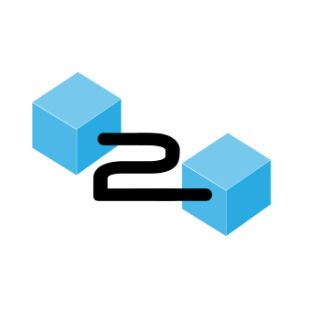 We2Blocks aims to provide students with the best knowledge in the Blockchain industry and also grant them with practical skills so they can immediately use what they learn. Blockchain – the controversy technology making the foundation of our current system shake, but also unable to give 100% guarantees for success in the future. One thing is clear: if there’s a technology created, it’s only a matter of time when the world is going to get ready to use it to its full potential! So it’s worth keeping an eye and learning some skills in Blockchain, at least as a hobby.

We2Blocks’ activities include maintaining and evaluating Blockchain-related products and web services, as well as providing long-term assistance with technology and operational matters.

On BitDegree, you may take the opportunity to enroll in a course created by We2Blocks and learn in-depth about how to use Blockchain in various industries today. We2Blocks will help you in developing a firm understanding of what Blockchain is, its architecture, and designing Blockchain solutions. Their team welcomes anyone with a desire to learn about this still new technology and get in the front line of experts.