23:26
Components vs GameObjects & How They Work Together
Watch now
05:46
Differences between Canvas GUI Elements and Gameplay Objects
04:57
All UI Components Explained
12:43

Section 4: 2D Visuals inside of the Unity Engine

Wondering how to use Unity and how to make a game? In this Unity 2D tutorial you will learn all you need to know about building 2D games in Unity 2018. This course covers working in the engine, GameObjects & Components in detail, in addition to many coding topics, and building art assets from a technical perspective. You will also learn about several useful external tools for creating games as well, such as Pyxel Edit, BFXR, etc. So take this Unity 2D tutorial and learn Unity game development in no time!

Here is How to Make a Game with Unity

This is the list of topics you will learn in Unity 2D tutorial:

All this and more on Unity game development!

Don't Do Mistakes, Better Learn from Mine

I will keep updating this Unity 2D tutorial for future versions of Unity to come. All of my knowledge of Unity comes from the lessons I have learned when creating my own games. So this is an excellent opportunity to learn Unity by learning from my mistakes!

Take this Unity 2D tutorial, a one-stop show for beginner-intermedia concept in crafting 2D games from scratch with Unity 2018. 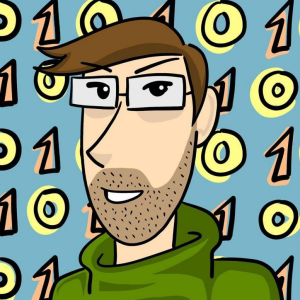 100% of students rated this instructor as excellent!
Reviews 0
Students 15
Courses 6

As it regards to information technology or to learning in general, my philosophy is quite simple: the best way to learn is through video tutorials. I have created a lot of learning material, and it is up to you, the student, to do your best to absorb the knowledge and practice, so you become more educated and skilled!

You can also find me on my YouTube channel Chris' Tutorials. Check it out to get a taste of my approach to education!