Ever since Mozilla created Rust, it has become a beloved programming language by developers. So no wonder that even though it is not the most popular programming language, people still want to learn Rust basics and are looking for a high-quality Rust tutorial for beginners. If you are one of those people, then you are in luck because you have just landed on a short, but concise Rust programming language tutorial.

Mozilla has created Rust because they needed a programming language that could offer memory safety, control, and high performance. It is a multiple-paradigm programming language, which means it can be classified into a few categories based on its features, which were mentioned before.

Rust was based on C++, that's why it's easier to learn Rust basics for those who have studied the older programming language. But don't worry if you haven't: it is possible to learn Rust for pretty much anyone.

Rust was explicitly created to be used in large systems to ensure that they would remain safe, but could be easily controlled by developers. Currently, Rust is used in creating web browsers (Firefox Servo), operating systems (Magic Pocket, Redox, Stratis), and other various areas: some video games (Wargroove), text editors (Xi), platforms (Microsoft Azure IoT Edge) and more.

What's waiting for you in this Rust tutorial?

This short Rust programming language tutorial will teach you the absolute Rust basics you need to feel confident later in trying to build your projects with this language. Take a look at what I have prepared for you:

My Rust tutorial is completely focused on beginners, so you don't need to know any programming language before you start. But it is beneficial if you do, as some concepts will be easier for you to understand. It's especially useful if you know C++ as Rust syntax is similar to C++ syntax.

Maybe you're an upcoming developer who wants to have a rare, but powerful skill? Then it's best to choose to learn Rust basics. Join my Rust tutorial, and in a little over two hours, you will be confident in trying out your projects and adding them to your portfolio. I hope you impress your future employers with these new Rust programming skills! 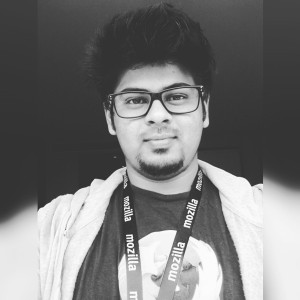 Jayesh Katta Ramalingaiah is an innovative web developer with an artistic perception of business & technology. He has experience in various domains, including Android, Web, IoT, and others. Also, Jayesh is an expert in application development. He’s currently working as a Developer at TCS in India.

On BitDegree, learning from this innovative instructor, you can get a better understanding of programming. Jayesh Katta Ramalingaiah will teach you the basics of Rust programming language and how to use it. Enroll in his course today and take your knowledge to the next level.