Integrate front and back-end development with this powerful programming language: learn Ruby on Rails in 24 hours

Section 1: Getting Started with Rails

Using Ruby programming language with the Rails framework is an increasingly popular way to create web applications. Don't worry if you have no idea what it is or how to use it! Learn Ruby on Rails in less than 24 hours and be provided with a unified experience for web developers and save the hassle of trying to integrate various programming languages into your apps. Often, you would have to use HTML, CSS, JavaScript and more to create a simple web application.

Ruby on Rails will allow you to simplify this process so that you can enjoy a more streamlined experience. This Ruby on Rails tutorial for beginners will introduce you to all magic tricks of making web applications faster and more convenient.

Get Shortcuts for a Better Experience

One of the significant benefits of Rails is that you can work with templates to create functional, complex web apps much faster than you would use other systems. The templates will allow you to save time, providing base code and structures for you to build on — so that you do not have to worry about time-consuming, repetitive tasks. Without Ruby, you would be in need of HTML and JavaScript for building practical and complicated web applications. Avoid the lengthy process and learn Ruby on Rails functionality in just a few hours!

By the end of this Ruby on Rails tutorial for beginners, you'll learn what is Ruby on Rails, what is Ruby used for and even the basic functionality of this programming language. After this his practical course, you will be able to implement your knowledge straight away. The course is made up of engaging lectures and exercises that will take you from A to Z. Thanks to its ease of usage, its power, and its efficiency, it is an increasingly popular way to build web apps. Knowing how to use Ruby on Rails is a super in-demand skill and taking this course, you will learn Ruby on Rails and how to develop it as fast as possible.

You'll learn Ruby on Rails in less than 24 hours through the authoritative guidance of the teachers from LearnToProgram. The purpose of LearnToProgram is to introduce people to basic programming through interactive lessons. This Ruby on Rails tutorial for beginners will also have plenty of Ruby on Rails examples for you to check out and even try out yourself. Knowing what is Ruby on Rails will allow you to learn Ruby and its primary functions to implement it on your website for a better web application experience.

The primary goal of LearnToProgram is to teach people to code even if they don't have any programming skills. The idea behind this team is to implement the technical stuff to people who don't know anything about computers, programming, and code writing. They believe that at least the basic knowledge of code can help society with basic everyday situations or even boost their careers with interest in IT.

In the beginning, you'll learn what is Ruby used for and how to use it properly. You'll dive right into the fundamental functions, strings, arrays, classes, and many more. Furthermore, you'll get down into the more complicated material, such as queries and databases. After you learn Ruby, you'll be a competent web developer capable of adding web applications to websites quickly and without any struggle. Many programmers have little to no knowledge of web application building, so this Ruby on Rails tutorial for beginners can be a place for you to shine and benefit.

You shouldn't wait anymore to learn Ruby on Rails in less than 24 hours. Learn everything of properly realizing web applications to sites easily and without many other languages. Don't miss out on this outstanding opportunity and enroll in the course now! 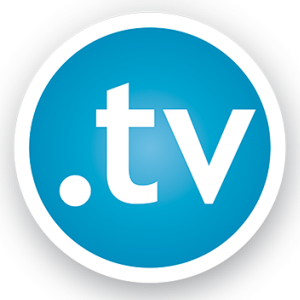