Affiliate marketing can be one of the best ways to make money on the side (or even do it as a day job!) if done correctly. There are many different methods that you could utilize to maximize your potential earnings - some of them work better than others, but it’s usually a context-dependent type of a scenario. However, one of the more niche ways that you could go about selling your affiliate products or services is press releases. In this course, you will learn how to write a press release that will work wonders for your affiliate marketing career!

Why Learn How to Write a Press Release?

Press releases usually aren’t the first thing that comes to mind when someone thinks about affiliate marketing for beginners. If you’re just starting, you will most likely be told to find a good and reputable affiliate partner that would provide you with either affiliate products or referral links that you could use. That’s the most common route that people tend to take in the beginning - rarely anyone bothers to learn how to write a press release. And that’s a big mistake! Even though people tend to disregard the process of writing a press release as something that is just time-consuming and offering little positive outcome, the reality is often not the case!

Affiliate marketing press release can be the main tool that’ll help you kickstart your career. If already have some affiliate products that you want to start advertising, learning how to write a press release will help you narrow down the potential customer base to the very core. This can be done by writing to specific, themed newspapers or magazines (either physical or virtual). Being able to identify and narrow down your core audience will raise the conversion rates exponentially - which, in turn, will lead to a successful and profitable start of your affiliate marketing career!

The Art of Writing

In this press release tutorial, you will have the ability to learn everything that you might need for writing a press release. We’ll cover the general terminology and guidelines, and then move on to the actual writing part itself. I’ll tell you how you should formulate the structures of your press releases, what content they should cover and what to avoid. Once you learn how to write a press release, we’ll talk about press release optimization - SEO. Finally, at the end of the course, you will be proficient in writing a press release that will catch a reader’s attention, keep them reading and take an action - which is the ultimate goal for any affiliate marketer!

This press release tutorial is created in a way that will make your learning experience pleasant and smooth. If you’ll feel like you’ve missed something, you can always go back a lecture or two - once you purchase this tutorial and enroll in the class, it’s yours forever! So, don’t hesitate - learn how to write a press release for affiliate marketing products, how to do press release optimization properly and start your career with this guide! I’ll see you within the course! 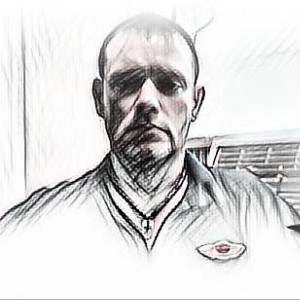 Steve North is the founder of Turbo Performance Solutions and an expert in internet marketing technologies. He has more than 10 years of experience in this field. Steve is the author of a number of comprehensive courses that are based on his background in online business, website design, mentoring and product creation.

Steve North teaches things like SEO, PPC, niche marketing and more. His courses are very direct, thorough and easy to follow even if you are an absolute beginner.

On BitDegree, learning from this instructor, you will get a clear understanding of digital marketing, social media, online business and more. You will learn how to use proven marketing techniques to improve your business and how to take advantage of social media platforms like Twitter, Facebook, Instagram and more. Choose the best Steve North’s course for yourself and take your marketing skills up to the next level.

Event Blogging Course: Find Ideas What to Blog About and Start Earning

Enroll, start event based niche blogging and learn how to run a successful blog and how to make money blogging

Email Writing Course: 5 Hacks on How to Write a Professional Email

Learn 5 effective ways on how to write a professional email and drastically improve your communication.

Discover the Secret Formula on How to Create Great Content

Ultimate Course on How to Write a Resume: Attract Your Future Employer