AWS tutorial for beginners: get confident with DynamoDB, using Python and Boto3, RDS

Learn AWS in-depth covering the essential bits of the subject – RDS and DynamoDB while doing every single action with Python code!

Section 2: Preparing The Environment for Development

Let me guess: you clicked on the link to this course because you need to learn how to implement your structure on AWS? Congrats! You’re in the right place to learn that, as this Python AWS tutorial for beginners will teach you to do your task with Python using RDS and DynamoDB. It’s going to be lots of hands-on tasks, no dry PowerPoint slide presentation kind of course, so join in and learn DynamoDB, Boto3, AWS in a practical way entirely from scratch.

Since cloud is no longer an experiment, getting a deep understanding of how to work with Amazon Web Services should be on any developer’s to-do list. “Learn AWS – highest priority.” Because AWS is by far the leading solution in the cloud computing market, and it’s the fastest-growing public cloud on Earth (I didn’t dare say in the World since we don’t know what’s going on in other galaxies, right?). For that reason, AWS skills have been among the top in-demand skills since 2015. And I guess it’s safe to imagine that it won’t decrease any time soon. Moneywise, recent Indeed reports show that AWS certified solutions architects can expect to earn around $121k salary growing upwards as your experience builds up. That’s a lot of money!

What you’re going to learn in this AWS Python tutorial

Quite a lot of gains, as from one Python AWS tutorial for beginners!

So, as you can see, there’s quite a lot of stuff that will be going on once you click on the button to enroll in this course. It’s going to be an informative and extremely practical AWS tutorial for you, including a DynamoDB tutorial, Boto3 tutorial, and RDS tutorial, and even more at the same time. Learn AWS and learn DynamoDB to conquer the modern industry with smart skills that you’ll be able to develop in this AWS Python tutorial. In just more than 3 hours, you’ll do a huge favor to yourself. 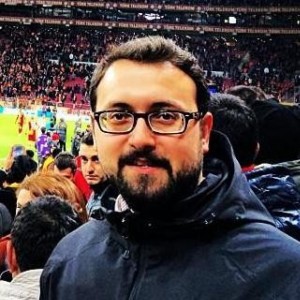 Niyazi Erdoğan is a self-taught programmer. He has been programming since he was in middle school and has a broad experience in this field from embedded development to server-side and client-side development technologies.

Niyazi is a software engineer and AWS Certified Solutions Architect. He has more than 10 years of experience in various fields like telecommunication, programming, etc..

After several years, Niyazi joined Siemens, where he is currently working with various Java and Cloud technologies.

In his free time, he is developing software with lots of different technologies. Niyazi loves to attend tech conferences, he writes blog articles about the latest technologies and tools, enjoys reading and watching TV series like Game of Thrones.

On BitDegree, by choosing Niyazi’s courses, you will learn how to work with RDS and DynamoDB. Niyazi Erdoğan will teach you how to code against AWS API using Python and more. Enroll in his course now and master the skills that you need!

Sign up for domain-driven design training and learn software architecture in just over an hour!

PowerShell Tutorial: Everything You Need to Know About PowerShell

Learn Linux Shell Scripting: Improve Your Skills in Only 33 min

Learning Linux Basics: How to Install and Use Linux Operating System

A beginner-friendly course on Linux basics, including the installation and the following file and system management