Section 2: Getting started with Multithreading in Python

This Python distributed computing course will help both beginners, and the professionals in the industry to grasp the core concepts of distributed programming when it comes to Django & Python. Enroll and get a Python Celery tutorial, too!

In this distributed computing tutorial, you will learn how to build applications which reduce latency and increase throughput. In the first part of this distributed computing tutorial, you will dive deep with Python Celery tutorial, which will help you build a strong foundation on how to work with asynchronous parallel tasks by using Python celery - a distributed task queue framework, as well as Python multithreading. As it comes to scaling parallel tasks on the cloud, we will explore AWS SQS.

This fundamental knowledge will help you build a scalable Python solution for any Python project you can think of.

Python is a universal programming language, you can do nearly everything with it. When you know distributed computing and tackle Python Celery, you will be able to do so much more. Here are four reasons to take this course.

First, if you want to be a Django web application developer or a Python developer, you must learn how to build apps that can process long running tasks or jobs in a non blocking way, for example running high computational functions or sending a mass email.

Second, this course will build up your skills in distribute programming, Python multithreading and will give you the tools you will need to scale your apps.

Third, in this distributed computing course, you will learn about projects you can implement in the real world with the sole emphasis on allowing the apps to have asynchronous components and become distributed.

Fourth, while taking this course, you will have online access to the instructor, and you will receive individual answers to your questions which you posted on forums.

The Uses of Python Distributed Computing

It is a field of computer science which studies distributed systems - systems whose components are located on different networked computers.

Take a large task and break it down into smaller parts and have an entire bank of computers working on the problem instead of a single computer, and you have distributed computing on your hands.

This way you can complete the project much faster since you are using the processing power of all the computers in the bank. In other words, you can work on a task with one computer for a million years, or you can use a million computers to complete the task in a year. To be able to do that, you need a distributed computing course.

Enroll in this distributed computing tutorial and learn how to build distributed Python apps, get a necessary Python Celery tutorial. These skills will let you advance in career, enhance your knowledge and become the building blocks of going even further. And this process does not have to be dull, in this course you'll see that learning is involving and fun! 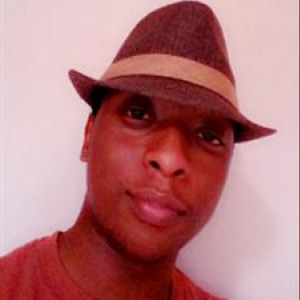 Besides being a full-stack developer, Timothy Mugayi is also an entrepreneur, a mentor and trainer. On BitDegree, you might take the advantage to let Timothy be your core pilot in your journey to learning distributed computing. You’ll be pleased with Timothy’s smooth, relaxed and well-structured way of teaching. Learning complex things, such as multithreading on Python, building a distributed social media data ingestor, scaling on the cloud with AWS SQS and great many of other things will be a breeze for you.

Besides doing lots of work in software development or teaching, Timothy is a family man who loves going to the gym, too. He’s an exceptionally easy-going person when it comes to engaging in discussions on how to build quality software with fellow enthusiasts.